Home > Facts and Updates About Dance Industry > All About Tap Dancing 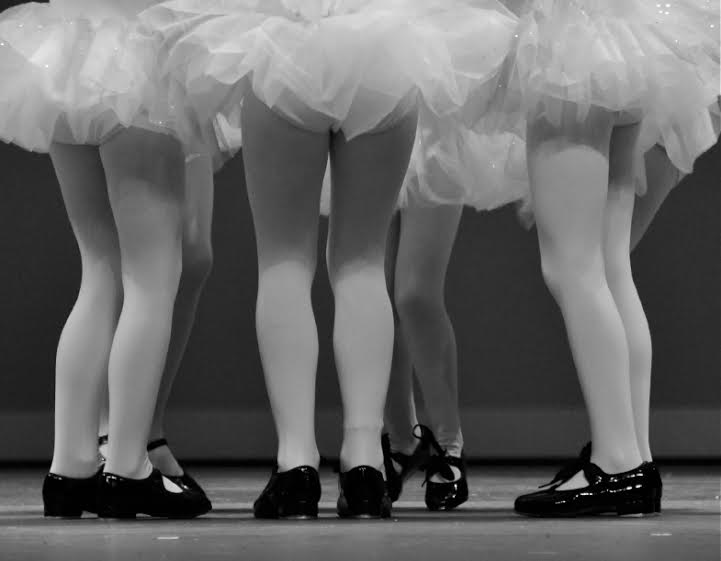 Facts and Updates About Dance Industry

All About Tap Dancing

Tap is such a fun expression of dance: the ability to use your feet to make fast, repetitive movements to create sounds and rhythms is amazing to watch. The history of tap dancing actually goes back much farther than people may realize and stems from different cultures. The tap dance form has maintained its presence through to the present, and dance studios around the world are still continuing to offer tap dance lessons, including our dance studio, Performing Dance Arts.

The beginnings of tap go way back to the 1600s. Though it’s always hard to pinpoint the exact moment it became what we know it to be today, we know that both African-American slaves and Irish indentured servants are the primary sources of the tap dance.

Both cultures had their own musical disciplines. Africans had drumming and their own form of dance; the Irish had what was called clogging. The combination of both of those musical traditions is what created the current form of tap dance.

It wasn’t for another 200 years that tap dance actually began getting its due. Wooden shoes were the trend by then and tap made its way onto the stages. Famous performers included an African-American dancer named Master Juba who performed on the same stage with European tap dancers. This blending of cultures was obviously a rare occurrence during the time period.

The peak of tap dancing happened from the early- to mid-20th century. Tap dancers often performed on stage by themselves using only the rhythms created by their tapping to entertain the audience. They would dress up in formal clothing with black or white heeled shoes usually made of some pairing of leather, plastic, wood, or canvas. They were also known for performing with jazz musicians. The sporadic nature of jazz dance was a fun mixture with the dizzying, jerky movements of tap.

How Popular is Tap Dance Today?

Tap dancing today has evolved into a more multifaceted genre of dance. Depending on the region, tap can involve jumping and skipping as is prevalent in Irish society, or it can remain more traditional with dancers clicking their feet to the floor.

We’ve seen tap revitalized on Broadway and other theatrical platforms specifically. The sort of high speed expression resonates with live audiences and has kept the dance form alive to this day. Dancers now choose to interpret tap however they feel. They often incorporate elements of tap into larger dance routines rather than making tap the sole focus.

Tap is one of those dance forms that has endured hundreds of years. People are still drawn to the energy of it all and still get excited when they see tap incorporated into current dance performances.

We continue to offer tap dance lessons here at Performing Dance Arts. We recognize its significance as a recognized and historic dance form, and we want to instill that into our students. The best part is watching them learn and transform what we’ve taught them into something incredible on their own. For more information about our tap dance classes, call us at 905-856-1030 or email us at info@performingdancearts.ca.

4 Reasons Why Stretching Is So Important Before & After Dance Lessons

What Are the Benefits Virtual Dance Classes?

What Are the Benefits of Dance Uniforms?

Have you checked out our #VirtualClasses and fun activities online? Why not try out some new dance styles and keep… https://t.co/RPoPeTJOuF

No matter how much they practice, #PerformanceAnxiety in toddlers can happen at any time, and it can be paralyzing… https://t.co/hW9l82kISC

Tap dance is the perfect avenue for a growing child to express themselves. Plus, they can reap physical, social, an… https://t.co/Dr2B4q1kAG

From the “Soulja Boy” to the “Running Man,” your child can embrace the rich culture of #HipHop while learning these… https://t.co/0wBkLgPaZ9

If your child is age seven or older and has some previous #Dance training, consider registering them for our part-t… https://t.co/Xm6HikyB15

You may be wondering when the best time is to enroll you kids in #DanceLessons . How old should they be in order to… https://t.co/tAH3k6GTna

Our two incredible studios are the perfect place for your kids to learn how to dance! We serve the #Vaughan and… https://t.co/tSx7c20sfQ

Does your child want to improve their technique in various dance styles? Our open classes are offered in #Ballet ,… https://t.co/xMe1FulKdz

As a parent, you may have many questions on your mind as you consider which #DanceSchool to enroll your child. Here… https://t.co/I0z3JtmIZJ

#Acrobatic dance classes combine the flexibility and energy of gymnastics, with rhythm and #Acrobatic . If your c… https://t.co/d3GArqrZDU

The past year has been tough, but we are doing everything we can to ensure our dance family is safe. To learn more… https://t.co/xyJv0aCPS5